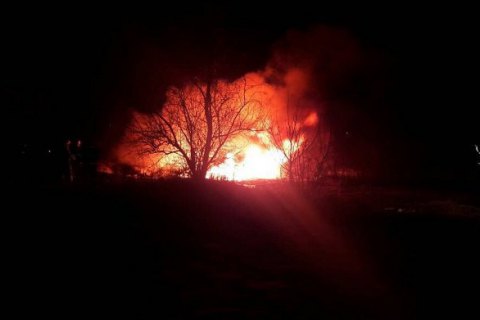 Four people were killed when a private Mi-8 helicopter crashed in Kremenchuk, Poltava Region, the State Emergencies Service has reported.

"A Mi-8 helicopter of the Ukrainian Helicopters private airline crashed during a training flight in Kremenchuk's Avtozavodskyy district at aroun 19.15 on 25 January and subsequently caught fire. As a result of the incident, four crew members were killed," it said.

According to the 112 Ukrayina news TV channel, the helicopter may have hit an overhead transmission line.