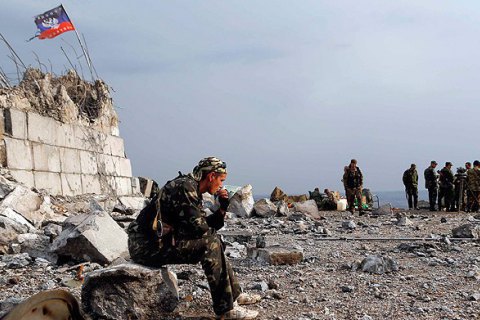 Coordinated military exercises of pro-Russian militants and Russian troops were held at training ranges in occupied areas of Donetsk and Luhansk regions and in the Russian Southern Military District as part of the so-called "single fire day", the spokesman for the Defence Ministry for the antiterrorist operation, Maksym Prauta, has said.During these exercises, the occupiers practiced efforts in organizing comprehensive fire damage.

According to the spokesperson, these exercises were held on 24-25 January. During the coordinated fire training, militants and career servicemen used small fire arms, artillery, tanks and drones.

Earlier, the Defence Ministry said that militants had stepped up "mobilization" efforts in occupied Donbas.