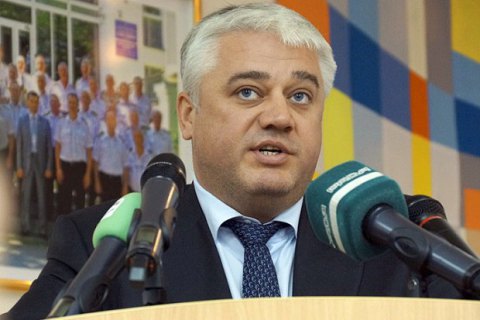 Detectives of the National Anticorruption Bureau of Ukraine (NABU) have detained former managers of the Seaport Administration on suspicion of embezzlement.

Dumskaya quoted its sources in law enforcement as saying that former Seaport Administration director Andriy Amelin and his deputies were among those detained in Odesa.

The Administration said that its Odesa office was searched based on a Kyiv district court warrant in the embezzlement case opened in 2015.

"The case concerns suspected embezzlement of funds by officials of Tekhmorhyrdobud Mykolayiv Ltd on prior collusion with the former management of the Seaport Administration of Ukraine. Documents listed in the court warrant are being confiscated," a deputy head of the Administration for sea and internal security, Serhiy Hronskyy, said.

The case concerns bottom dredging works at the Berdyansk and Mariupol ports done by Termorhydrobud in 2015-16. Initially, the costs were estimated at 290.31m hryvnyas. Later it "turned out" that the harbor was not deepened enough and on 11 December 2015, Amelin initiated an additional tender which was also won by Tekhmorhydrobud. This time the works cost 712.18m hryvnyas.

Apart from Odesa, the NABU also searched the Seaport Administration's offices in Mykolayiv Region and Kyiv.