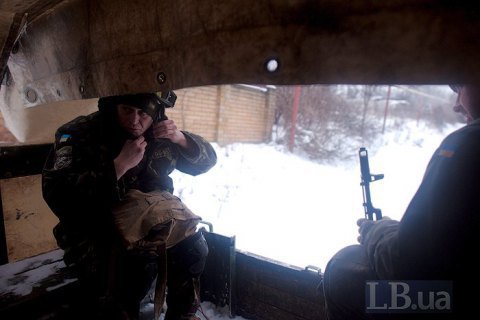 A Ukrainian serviceman was killed by enemy fire in Donbas at lunchtime on 30 January, the press service of the antiterrorist operation (ATO) HQ said in its evening update on Facebook.

The Russian occupying troops fired on the ATO positions near Vodyane with heavy machine guns and small arms.

One ceasefire violation by pro-Russian militants was registered in Donbas on 29 January. Ukrainian servicemen were not hurt.