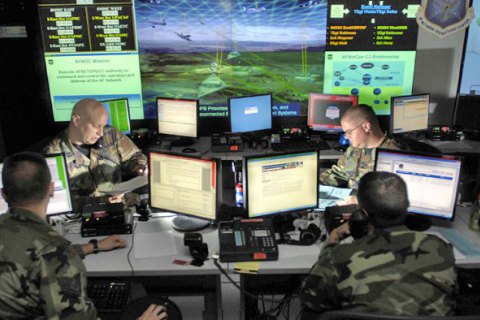 Secretary of the National Security and Defence Council (NSDC) of Ukraine Oleksandr Turchynov has said Ukraine has made a considerable step toward building a national cybersecurity system.

"Today we have made a big step toward building a national cybersecurity system," Turchynov said at an official ceremony to open the Cyber Threats Response Centre established under the State Service of Special Communications and Information Protection of Ukraine, the NSDC's press service reported. The Centre's technological capabilities allow not only to detect cyber threats, but also to promptly warn about them, analyse vulnerabilities, anomalies, malware, and viruses, and immediately implement countermeasures, he said.

"The cyber defence tactics are fundamentally changing today. We are transferring from the post-factum response after large-scale damage to information resources and systems, as it happened during the most recent cyberattacks last year, to early interception and maximum prevention of possible losses," Turchynov said. "Time and resources are needed to build a complete perimeter of cyber defence," he noted, adding that this task cannot be fully implemented without a partnership between the state and the private sector.

Turchynov said the Cyber Threats Response Centre should become "the core of the national system of cyber defence of state information resources and critical infrastructure of Ukraine and one of the key components of the operational decision-making by the NSDC National Cybersecurity Coordination Centre."

"The crucial point is that the centre is a technical platform for interaction between the State Service of Special Communications and Information Protection of Ukraine, the SBU, the National Police, which are the structures that ensure cybersecurity in the country. This substantially improves the efficiency and effectiveness of law enforcement agencies in countering and investigating cybercrime," he added.