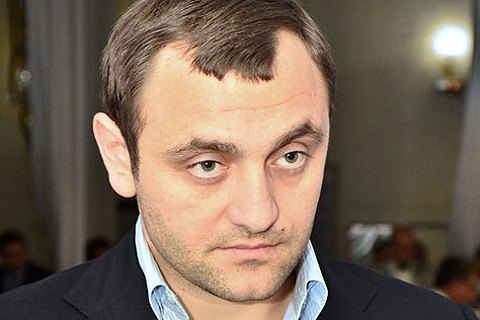 Armen Sarkisyan (Armen Sargsyan), who is suspected of crimes against Euromaydan activists in 2013-2014, has said he was not detained in France and is now in Russia.

"Certainly, I have no doubt about the professional level of Ukrainian law-enforcement agencies but I must say that reports about my detention in France are wrong. I haven't been to France for a long time and I have not been detained there," he told LB.ua on 13 April.

A day earlier, a source told LB.ua that Sarkisyan was detained in France on an Interpol order.

"They must have confused me with someone clearly," Sarkisyan said.

Asked specifically about his whereabouts, he said that he is in Russia.

"I would like to get to Europe but I don't go there," he added. In his words, he has both Ukrainian and Armenian passports. He recalled that he left Ukraine in February 2014 but refused to answer a question whether he had visited the country since, in particular through areas uncontrolled by the government.

Sarkisyan described himself as a "patriot of Donbas currently living in Russia".

"I used to visit Europe quite a lot, I like Russia better. I think Russia and Ukraine are one nation. There are certain disagreements, of course, but I hope they will be cleared in the future," he said.

Sarkisyan is a well-known person in the underworld, believed to be close to Ukrainian tycoon Yuriy Ivanyushchenko, an associate of ex-President Viktor Yushchenko. In 2009-2010, he allegedly became the "supervisor" of Horlivka. Media called this town the main supplier of hired heavies who assaulted Euromaydan protesters in 2013-2014.

Sarkisyan's hired heavies, also known in Ukraine as titushkas, were said to be involved in the killing of journalist Vyacheslav Veremiy and Horlivka opposition councilor Volodymyr Rybak in 2014. They were also active during pro-Russian rallies and the seizure of the town police office.

A criminal case against Sarkisyan was opened in 2014. Kyiv's Pecherskyy district court issued an arrest warrant for him and he was put on Interpol's wanted list.