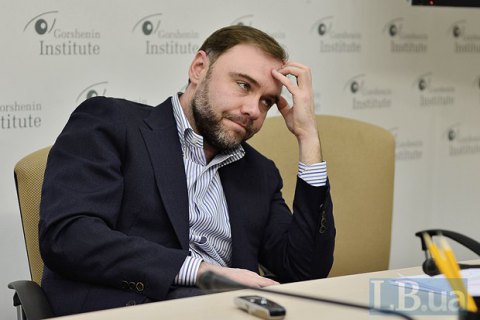 MP Glib Zagoriy, a member of the Petro Poroshenko Bloc political party and co-owner of the PrJSC Pharmaceutical Firm Darnitsa, is not involved in the lottery business of Ukraine, according to his official statement.

"I am not a beneficiary owner either of Ukrainian National Lottery or any other lottery company," Zagoriy said.

At the same time, he pointed out that he was actually thinking of launching a lottery business, but decided not to invest in it for now.

"My name had been mentioned in connection with lotteries so frequently that I even got a better look at this market and even tried to hunt down this question. As for me, the money flows in this business are not as huge as media describe it. In addition, there are many obscurities in state regulatory policy. With the market in its current condition, a lottery business is not an attractive investment target for me," Zagoriy explained.

In his opinion, the main problem is an imperfect legislation that regulates the lottery business.

"I think the way the organizers of lotteries do business in Ukraine requires legislative rules and regulations that will define how one can enter the market and operate there, as well as define the permitted types of operations and tax regulations. Ideally, this could be a law on gambling that will legalize and at the same time regulate this business. In particular, it will strictly define gambling zones and barriers ruling out access to gambling for underage or financially disadvantaged citizens," the MP said.

"Studies show that Ukrainian citizens have access to the gambling business despite the ban. This access could have been organized safely for citizens and for the benefit of the state budget, including for the needs of Ukrainian veterans," he added.

Zagoriy said that if the government decided to regulate the gambling business on the legislative level, he would definitely consider a possibility of investing in a lottery business.

"The world practice shows that this is an attractive market for investments," he said.

In his electronic income statement for 2017, Zagoriy said he was a beneficiary owner of PrJSC Pharmaceutical Firm Darnitsa, PJSC SIC Borshchahivskiy CPP and several other companies. He also said he owned 89 patents and trademarks (mostly in the pharmaceutical industry) and that he had given away 1.5m hryvnyas for charity.