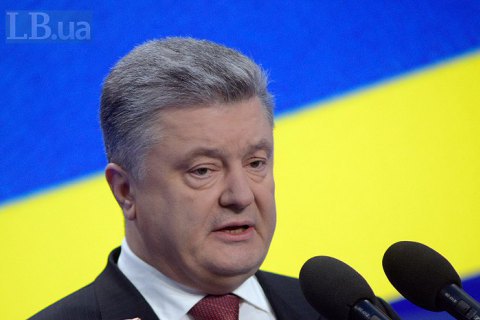 President Petro Poroshenko has called the missile strike of the international coalition of the United States, Great Britain and France against Syrian President Bashar al-Assad's military facilities a "compelled yet justifiable step" in response to the use of chemical weapons in the Syrian city of Douma. He also called for the use of all UN mechanisms to prevent similar attacks.

“A surgical strike of the international coalition against military chemical facilities of the Assad regime is a compelled yet justifiable step,” Poroshenko said on Facebook.

"This is a fair answer to the fact of committing a brutal crime against humanity - a chemical attack in Douma on 7 April, which took the lives of dozens of innocent people," Poroshenko added.

"Ukraine calls for the use of all possible mechanisms and instruments of the UN, including the Security Council, to prevent such crimes of dictatorial regimes in the future," he said.