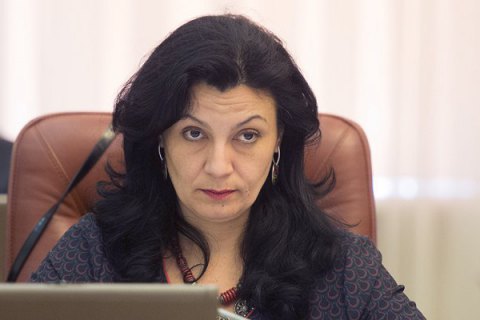 After the summer summit of NATO, Kyiv will raise the issue of applying for a membership action plan (MAP), Deputy Prime Minister for European and Euro-Atlantic integration Ivanna Klympush-Tsyntsadze has said in a commentary to LB.ua.

"We will talk to NATO to get a sense of how they feel and when is the right time to apply again for NATO MAP. It was clearly said in Bucharest in 2008 that alliance members see Ukraine as a member of NATO. The next step towards membership in the alliance is a MAP," she said.

The deputy prime minister added that "the history, the actions of Yanukovych and his lot, when our course was changed, voided all our previous achievements, therefore some time for a quick and unanimous approval of our application was lost".

Klympush-Tsyntsadze recalled that the president had sent a letter to the NATO secretary-general, listing short-term and long-term priorities in cooperation with NATO.

She also hopes that this year NATO will invite Ukraine to join the enhanced opportunities programme.