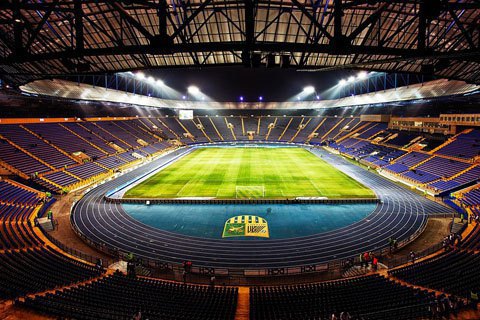 The Cabinet of Ministers of Ukraine at a meeting on 11 April decided to transfer the facilities and corporate rights of FC Metalist Kharkiv to the Kharkiv regional state administration.

"The Kharkiv state administration will be obliged to manage this process qualitatively, taking into account the opinion of the fans... The issue concerns the transfer to the control of Kharkiv Regional State Administration of the FC Metalist stadium, which was actually stolen from the state and now, through the efforts of the Prosecutor General's Office and personally Prosecutor General Yuriy Lutsenko, returned to state ownership," Ukrainian Prime Minister Volodymyr Groysman said at a government meeting.

In an explanatory note to the government draft resolution, First Deputy Economic Development and Trade Minister said that the decision to return the stadium into state ownership was taken by Cherkasy's Sosnivskyy district court of Cherkasy in 2017.

The club's assets include movable and immovable property, a land plot, and trademarks confiscated from FC Metalist, Metalist Holding and Metalist Arena.

Kharkiv businessman Oleksandr Yaroslavskyy was forced to sell Metalist to fledgeling tycoon Serhiy Kurchenko in late 2012. Following a downturn, the club failed to get licensed in 2016-2017.

Kurchenko, who was close to ex-President Viktor Yanukovych, has been hiding in Russia.