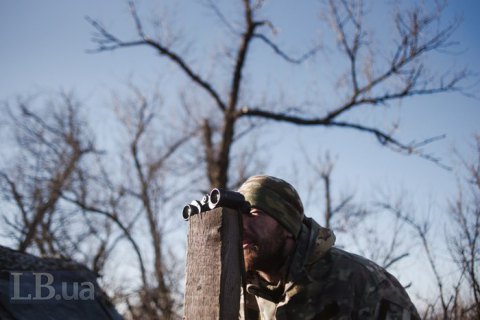 Three Ukrainian servicemen have been wounded in the antiterrorist operation (ATO) in Donbas since midnight, according to the ATO press centre. They were provided required medical help in hospitals.

By 6 p.m., pro-Russian militants have carried out 18 attacks using weapons banned by the Minsk agreements.

In the Donetsk sector, they used 122-mm artillery near Shyrokyne and Lebedynske and 120-mm mortars near Vodyane. They targeted the ATO positions near Lebedynske with 82-mm mortars, heavy machine guns and small arms. Militants used grenade launchers of various systems against the defenders of Shyrokyne, Talakivka, Kamyanka, Opytne and Vodyane.

Heavy machine guns were also used near Pyshchevyk and small arms near Pisky and the Butivka mine.