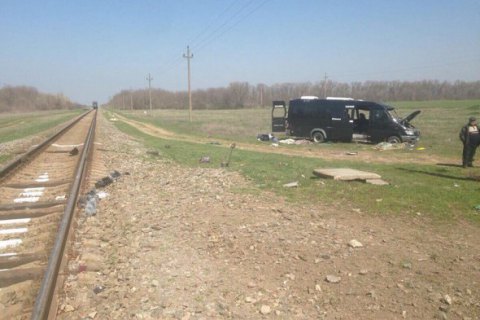 Five people were killed and seven injured after a bus hit a train at an unregulated junction in northern Crimea, Interfax has quoted the Russian Investigations Committee as saying.

Some media earlier said that seven were killed and at least 12 injured.

The collision took place at a railway junction near Armyansk when a shuttle bus from Sevastopol to Armyansk rolled onto the tracks in front of the coming Kerch-Armyansk train. The train did not leave the tracks.

A source in the emergency HQ told the agency that the driver "may have fallen asleep or lost control because of a feat of illness". All of the victims were inside the bus.

Three injured passengers, nationals of Russia and Ukraine, were taken to the Krasnoperekopsk hospital. Two are in stable grave condition, one has medium-gravity injuries.