My Canadian colleagues wrote that the Skripal case had "the effect of a bomb that exploded near the High Park in Etobicoke" on Canadians. To explain, I would say that this is a 161-hectare cult place for Canadians, a third of which is pristine nature and other two-thirds are as charming as Kyiv's Botanical Garden with the only difference that they have been in good care for about 150 years now. That is, an imaginary bomb "near the High Park" implies the effect of fear, not of human victims. Such a gentlemanly terrorism in the spirit of the old IRA, when they warned police 10 minutes before a blast at a certain place and civilians could evacuate from there. I read these touching lines from Canada and thought that the explosion of a bomb near our Botanical Garden would not have made anyone concerned today, had there been no casualties. There is something exploding in the country all the time. War, the usual.

The assassination of former GRU officer Sergei Skripal and his daughter with the latest nerve agent, which triggered a diplomatic war, exposed a very old problem of the British counterintelligence. 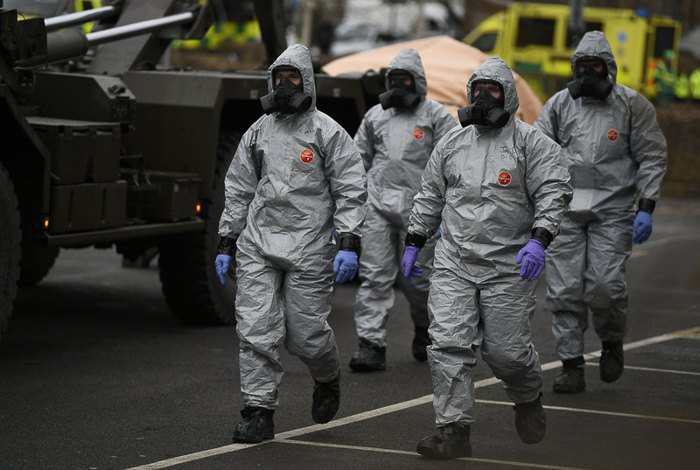 Let us ask ourselves a naive question: why did the UK become the most comfortable place of stay for any super-rich scum and, above all, those close to Putin? And this happened despite all of its incredibly arrogant visa bureaucracy, strategically protected geographical location and, finally, the famous MI5 counterintelligence and MI6 intelligence services?

It is believed that there are at least half a million Russians in Britain, many of them are rich and have a serious impact on politics and economy. Britain is the largest foreign investor in Russia, and Russian companies, in turn, hold about 13% of all IPOs on the London Stock Exchange. Rosneft and VTB are the words which could melt the heart of even the most uncompromising lord. 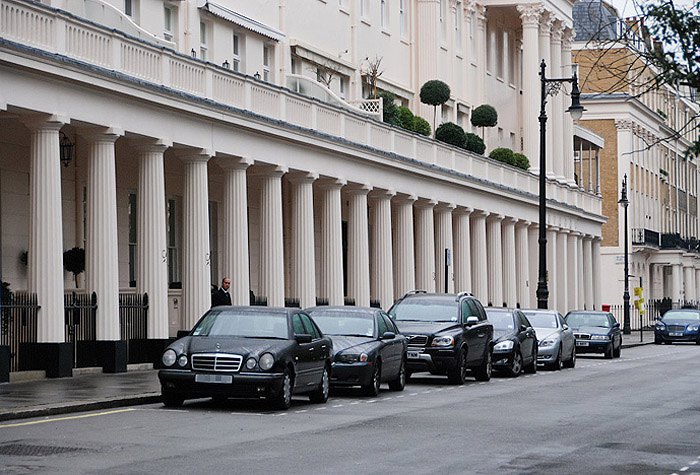 Photo: Omnesolum
One of the most expensive neighbourhoods in London is Eaton Square in Belgravia, a popular place of living for Russian multimillionaires.

The world, of course, owes the image of the all-powerful and invulnerable British spy to Ian Fleming, the author of the novels about James Bond. Fleming, as his contemporaries said, besides literary talent and first-hand insight into intelligence (where he served during World War II), also had a good sense of humour and "spiked" his books with small details and hints, which even today make professionals laugh. For them, it is as if they were reading "TheGood Soldier Švejk" while others take everything at face value.

To spare readers of artistic details about the Intelligence Service, I will say at once that such a murder has already occurred in the history of Great Britain, and I will show you a chain of its motives which can be useful for draw parallels with today.

No, it's not about the poisoning of Alexander Litvinenko with polonium in London in 2006 and Moscow's refusal to extradite the main suspect, Andrey Lugovoy, for a full-fledged trial in Britain. Although there was a lot of noise and angry words. But then somehow they got used to it. A year later, Britain imposed an embargo on the cooperation of special services and tightened visa rules. Not really impressive, right? And before that - what kind of cooperation did the secret services have?

On 18 January 1963, British Labour Party leader Hugh Gaitskell, 57, was poisoned with a biological toxin (confirmed later by one of the Soviet defectors from the KGB, Anatoliy Golitsyn). In 1961, a spy ring led by Canadian businessman Gordon Lonsdale, a KGB spy whose real name was Konon Trofimovich Molodyy (he was tried and exchanged three years later) was exposed. Newspapers blamed the counterintelligence for Lonsdale's case and said that opposition leader Gaitskell demanded an official investigation. Gaitskell gave multiple interviews in which he said he was horrified to learn that for many years "foreign intelligence with complete impunity could act in England, and no-one knows what information and how much it sourced".

Gaitskell, who had not had any diseases, died suddenly right after his return from the USSR, where he had an official meeting with Khrushchev. Gaitskell was the right-wing Labour Party member and a real prospect of him heading the government was very gloomy for the Kremlin. His death strengthened the core of pro-Soviet supporters of Marxism-Leninism in the Labour Party. Harold Wilson picked up the reins of power for the next thirteen years. This man was very vain and, unlike Gaitskell, made any concessions to avoid conflicts.

That is, while in the 1970s the FBI and the CIA in the United States launched a serious war on communist organizations in the Americas, a political and financial oasis for the Reds emerged absolutely accidentally in the United Kingdom.

It was not about the Communist Party of Great Britain, which was a figurehead used for distraction while devout communists under cover worked with trade unions, which they came to control completely by 1976. At that time, Britain was approaching the general industrial, commercial and financial crisis, trade unions were holding strikes, labour productivity was falling, prices and taxes were soaring. 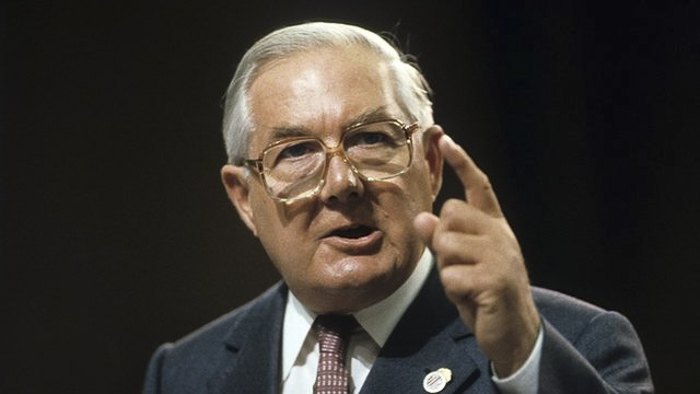 By April 1976, Harold Wilson actually lost control of the country. Economists talked about the inevitable collapse. Wilson resigned for health reasons, having handed over the reins to James Callaghan. He managed to block direct KGB agents from penetrating the army and the police by creating trade unions there and subsequently ruining them. Then Thatcher came to power. But despite her tough stand on the economy, everything was still bad, although by the general elections of 1983 the Labour Party had the most far-left parliamentary faction to ever sit in the House of Commons. However, in terms of figures, the Labour Party lost the elections.

Since that time, the agency ties with Russia have returned to what they looked like in the 1960s-1970s: more and more friendly businessmen come to the country, makes friendships, prepares reserve airfields, no longer make any radical speeches about Marxism and eight out of 10 major trade union committees are under the control of proper people. Acceleration and restructuring are about to begin in the USSR.

But back to the beginning of the story.

On 18 January 1963, Hugh Gaitskell, the failed head of the British government, died of poisoning.

On 23 January 1963, one of the most successful KGB agents, Kim Philby, a former head of the 9th department of the "K" of SIS, which focused on Soviet and Communist efforts in the UK, was urgently evacuated from Beirut. Over 10 years, he had supplied Moscow with over 1,000 absolutely confidential documents from London, Istanbul, Washington and Beirut. The cover would allow him to continue, but he was recalled to Moscow for good. 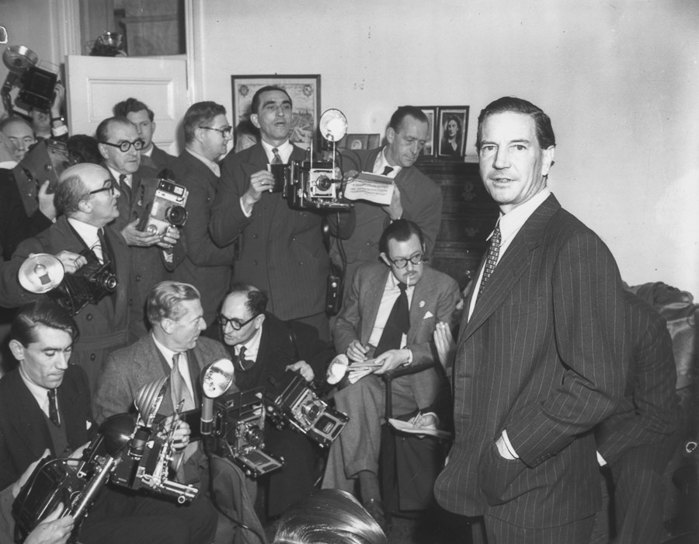 Philby's last work - in May 1963, the Soviet Union accused a number of employees of the US and British embassies in Moscow of espionage and announced them personae non gratae. In May, British double agent Oleg Penkovskiy was shot dead in Moscow on the court ruling, and his handler was arrested in Budapest.

The mutual expulsion of diplomats means a reduction in the number of "white" intelligence officers. But considering that any data is transferred and paid online, there is not much damage to a spy network. Besides, each one of a half a million well-off Russians does all this work quite effectively anyway.

Does MI5 know about this? Probably so. But as it often happens in the intelligence community, political expediency prevails over an operational situation. An illegal spy is a rarity today. Unlike terrorists. But spies who are respectable businessmen or landlords with citizenship, good connections, excellent business reputation and large financial capacity, which are completely legal, are not common. It is impossible to pull out such an "alien" from the social organism, especially in the conditions of Brexit, and amid the immigrant and terrorist threat under the current liberal state of affairs. Churchill, who is admired as a messiah, would not be elected to parliament with his bad CV.

Since the United States, Britain, Canada and Australia, as English-speaking countries with a common history, have a common intelligence space, the USA is actively purging the Kremlin's agents, albeit facing fierce resistance. But these are the only active measures. In Central Europe, not to mention the Eastern one, things are very bad.

Britain will not be able to launch a full-scale counter-intelligence operation on its territory because it has been taken hostage by the large Russian money. And this happened a long time ago. 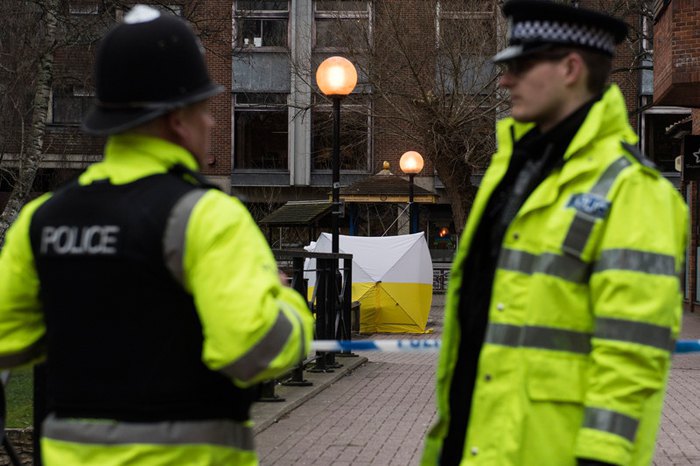 A political assassination of this level turned out to be a terrorist act because something in its preparation and conduct went wrong and it became much more public than it was planned. A terrorist act must always have an expressive false track (Petlyura-Schwarzbard), which leaves no doubt about the motive. If the public motive is indistinct, this is a "mishap of the perpetrator". The punishment of a traitor as a lesson to others, according to the logic of the FSB, may well have been done in a secluded place and should in no way cause any organizational or political problems.

The illusion that the West controls the information space, which it created on its own, is nothing more than an illusion. A fiery world-wide struggle against fake stories does not affect presidents, members of parliament and government who legally lobby for Russia's interests not only in their countries but also teach us good manners and speaking skills.

The expulsion of diplomats is a convulsive reaction, not a systemic response which can restore one's own control over the European political and economic space. It is not that Europe is not going to fight for someone, no matter how nice NATO's Article 5 may sound. It is not even going to fight for itself, when it comes to really active measures and not to expressing "deep concern".

Because the hybrid tools of a modern proxy war suggest the substitution of national interests by corporate and therefore crossborder ones. We have faced this problem in the public space since the beginning of the war, but the mycelium of the Russian financial and political influence first turned Ukraine into a convenient offshore for itself and then began to strangle everything else. The process slowed down but did not stop. 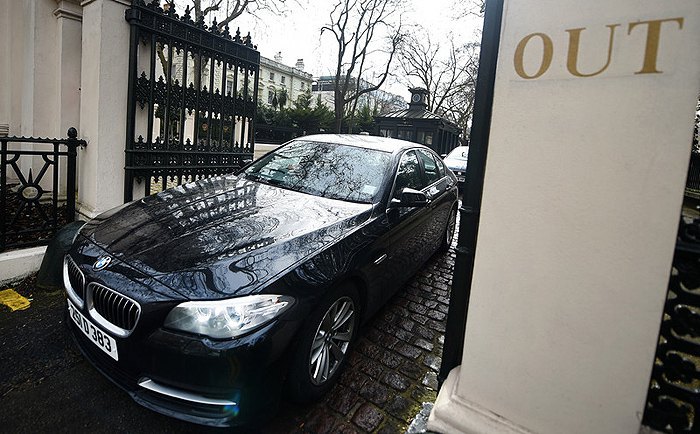 Britain is in the worst and in the best position at the same time. The worst position is because Brexit revealed the total inability of the classical counterintelligence to respond to modern information operations. Everything has been analysed step by step, albeit in retrospective, but everything has already happened. Because the British justice founded on the principles of honour, trust, nobility and keeping of one's word has to equally protect the Kremlin's rogues on its territory because nothing was written about modern destructive influences in Magna Carta. A procedure is the basis of democracy, and it takes time. A terrorist acts instantly and a spy acts legally. Such times.

It is the best position because the coalition of the Old and New Worlds, apart from the UN and the EU, has a more solid contractual basis. And technologies, of course.

There is one thing in which the coalition cannot be better than the Kremlin, which is meanness.

We seem to have partially learnt this lesson. There is nothing that can stop Moscow if it really needs it. There are no limits on the means, ways, people or their lives.

The lesson half-learned is worse than the lesson not learned at all, when it seems that it will do as it is.