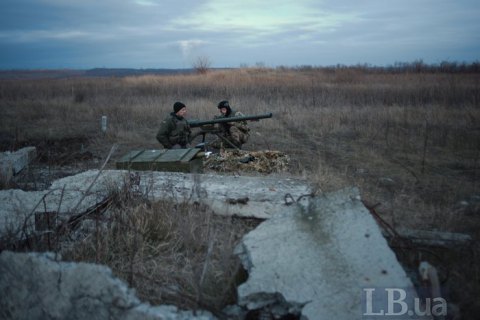 Four Ukrainian servicemen have been wounded in Donbas since the start of the day, according to the press centre of the antiterrorist operation HQ. Pro-Russian militants have carried out 12 attacks against the positions of the Ukrainian army.

In the Luhansk sector, the enemy used grenade launchers of various systems against the defenders of Krymske and Valuyske. A sniper was active near Svitlodarsk.