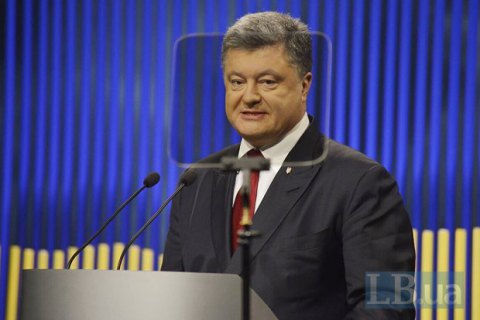 In an interview with the German newspaper Handelsblatt, published on 9 April, Poroshenko called the pipeline a "purely political project financed by Russia".

"Sorry for the harsh words but Nord Stream-2 is a political bribe for loyalty to Russia," Poroshenko was quoted as saying by Deutsche Welle .

He described Moscow as an "extremely unreliable partner" and said that the implementation of the Nord Stream-2 project would lead to an economic and energy blockade of Ukraine and cause "huge damage" to it.

The gas pipeline has no economically justified basis, and the transit of gas through Ukraine will cost much less and "can be easily and profitably modernised", Poroshenko said. "Just ask us instead of investing 10bn euros in Nord Stream-2," the president suggested.

Germany has already issued all the permits for the construction of the Nord Stream-2 gas pipeline along the bottom of the Baltic Sea. Further permits are required from Finland, Denmark and Sweden.

The Nord Stream-2 project envisages the construction and operation of two gas pipeline lines with a total capacity of 55bn cu.m. of gas per year from the Russian coast across the Baltic Sea to Germany.

Gazprom CEO Aleksey Miller said that after the Nord Stream-2 and Turkish Stream pipelines were put into operation, gas transit across Ukraine would decrease tenfold.