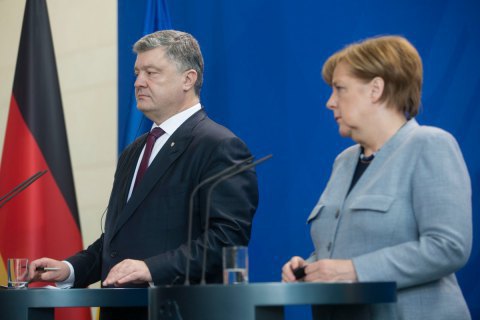 President Petro Poroshenko has said that Ukrainian prisons hold 23 Russian soldiers and an officer who fought in Donbas.

"The Russian claim 'they are not there' no longer works anywhere in the world because no-one believes it. And 23 Russian soldiers and an officer who are in Ukrainian prisons are the proof of the Russian presence," he tweeted following a joint news conference with German Chancellor Angela Merkel.

Last week Ukraine said it was ready to send home 23 Russian nationals, who were convicted of crimes against the sovereignty and territorial integrity of Ukraine as well as war crimes, in exchange for Ukrainian political prisoners held in Russian prisons. However Ukrainian official statements have not mentioned that these 23 Russians are servicemen.