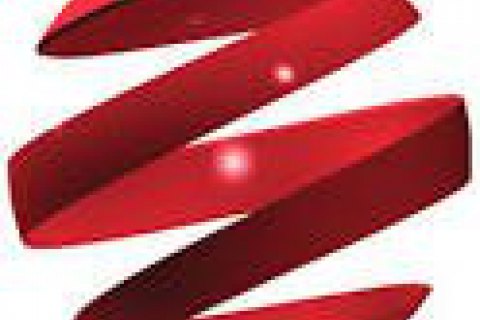 Vadym Iermolaiev and Stanislav Vilenskiy, Ukrainian shareholders of Versobank AS, have issued an open letter saying that allegations that the bank systematically breached the Anti-Money Laundering (AML) regulations when its license was being revoked are wrong and must be retracted.

Their statement was published in the Zakon I Biznes newspaper on 30 March.

On 26 March, the Estonian financial regulator Finantsinspektsioon published the decision of the European Central Bank to strip Versobank AS of its banking license.

At the same time, Finantsinspektsioon published an article, quoting the chairman of the Management Board of Finansinspektsioon, Mr. Kilvar Kessler, as saying: "As financial intermediaries are one of the first and most important lines of defence combating money laundering and terrorist financing, we cannot tolerate any breaches of the law by them. The withdrawal of the authorization of Versobank AS is a clear signal that Estonia will not tolerate breaches of anti-money laundering and combating of terrorism law".

The shareholders recalled that multiple allegations to this effect could be found in the European Central Bank's (ECB) decision signed by The Secretary of the Governing Council, Pedro Gustavo Teixeira:

"The ECB has taken into account the severity and duration of the Supervised Entity’s breaches, in addition to the fact that the Supervised Entity has, on a number of occasions and by a number of means, been informed that its conduct was in breach of applicable law and given opportunities to bring itself into compliance with its legal obligations."

Iermolaiev and Vilenskiy described these statements as "unacceptable" and even "outrageous".

They presented arguments to counter the allegations and noted some critical inconsistencies in the reasoning behind the decision to revoke Versobank AS's license.

"Over the six years of our ownership of Versobank AS, we have treated the decisions of the Financial Regulator with respect and understanding. We have respected the desire to clear the Estonian financial market of questionable and non-transparent operations. After the On Site Inspection (OSI) in 2015 showed our weaknesses in our AML control procedures, the Shareholders of the Bank took their best efforts to critically revise the bank’s business practices. We have changed the composition of the Supervisory Board, as well as the Management Board. We have changed the compositions of all AML controlling positions within the bank. We have improved our banking procedures and their implementation. We have made our client activity monitoring practices much more rigorous. We have consciously ended relationships with multiple clients, who were not ready for the new standards of monitoring," Versobank AS's shareholders said.

Instead, they added, the Estonian Financial Regulator, as well as the ECB, ignored any changes for the better and publicly accused the Bank and its Shareholders of systematic AML breaches.

As Mr. Kessler put it, another negative aspect was a large proportion of non-resident clients of the Bank. He said that Versobank had 5,600 clients, only 2,000 of whom were residents of Estonia. However, the Estonian financial regulator did not mention the fact that Versobank had over 11,000 clients in Estonia, who used Versobank credit cards issued in cooperation with Liisi.

When the banking license was being revoked, Versobank had only 500 non-resident clients outside of the European Economic Zone. A vast majority of the non-resident clients were individual depositors attracted through cooperation with Savedo, a cross-European service for depositing funds.

Under Article 63 of the Lisbon Treaty, all restrictions on the movement of capital shall be prohibited. Thus, the ratio of Estonian to non-Estonian clients may not be used as a legal reason to revoke a EU banking license.

"We would not want to believe that the liquidation of Versobank AS is an example of selective justice, based on the sole fact that the shareholders of an Estonian financial institution are Ukrainians, while other small European banks with a similar structure of assets and significantly weaker control continue to operate," Iermolaiev and Vilenskiy said in their open letter.

Iermolaiev and Vilenskiy called on Finansinspeksioon and the ECB to retract their statements on the systematic breaches of AML regulations by the bank. Similarly, they want any negative statements that discredit the shareholders of Versobank AS to be retracted too. Otherwise, the shareholders said they reserve the right to use all and any available legal means to protect their honour and dignity.