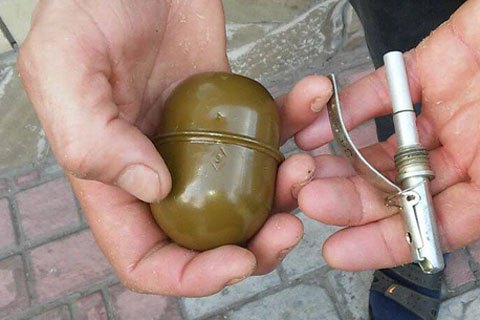 Three servicemen have been wounded by a grenade explosion at a training range in Kryvyy Rih, according to the local news website Pervyy Gorodskoy.

"Three persons were hit by grenades at around 8.40 a.m. on 5 April at a training range of the 17th tank brigade located in Makulan. All of them are servicemen," the report reads.

According to preliminary reports, they were wounded during an exercise.

All three were admitted to hospital, one in grave condition.