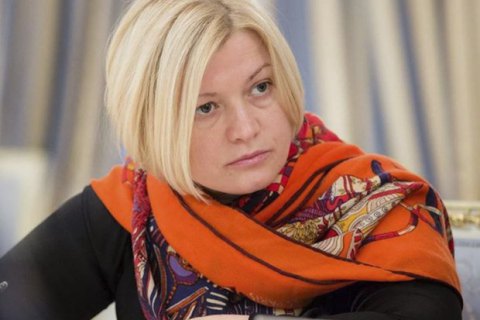 The Ukrainian authorities are ready to exchange 23 Russian nationals serving time for crimes against Ukraine's territory integrity and sovereignty for Ukrainians held in Russia.

"Indeed, those Russians who were detained as a result of the war for their participation in the conflict under the guise of the so-called 'militia' are now serving time for grave crimes against [Ukraine's] territorial integrity and sovereignty. It is clear though that these are handlers, not 'militiamen'. In fact, the Ukrainian side is ready to transfer these convicts but we would also like to secure the release of Ukrainian citizens," Ukraine's first deputy speaker and representative in the humanitarian subgroup of the trilateral contact group, Iryna Herashchenko, said on the air of 112 Ukrayina TV.

"Whereas the Russian side says 'we are not there', the Ukrainian side says 'yes, you are'. And 23 Russians are being held in Ukrainian prisons. We are ready to transfer them in exchange for the release of Ukrainian hostages," she added.

The trilateral contact group on a Donbas settlement plans to discuss prisoner exchange at a meeting on 4 April.