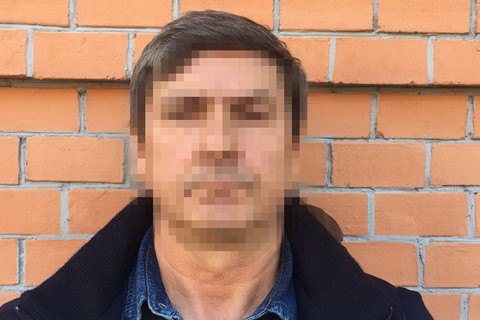 The Security Service of Ukraine (SBU) has said it has detained a member of the Russia-controlled Yevpatoriya city council at the Chaplynka checkpoint on Ukraine's administrative border with occupied Crimea.

The SBU established that in March 2014, he was actively involved in the criminal activities of the so-called "Crimean self-defence". During the illegal annexation of Crimea, he was involved in the seizure of Ukrainian government buildings on the peninsula, according to the SBU website.

In September 2014, he was elected to the so-called Yevpatoriya city council, which was formed by the occupying authorities, on the election list of Russia's ruling One Russia party.

The SBU said that he had arrived in mainland Ukraine where he has a family. A criminal case over encroachment on Ukraine's territorial integrity was opened.

Although the SBU did not mention the councilor by name, it published his blurred photo. There is a photo on the website of the Yevpatoriya city council which features a very similar man identified as Serhiy Osminin, a One Russia councilor.