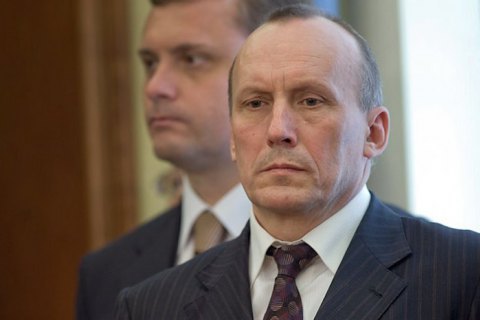 According to his profile, he has been hiding from prosecution and has been wanted by the Kyiv main directorate of the National Police since 19 March.

He is suspected of crimes described by Article 191 Part 5 (appropriation, embezzlement of property or appropriation by abuse of office), Article 366 Part 2 (forgery by an official), Article 255 Part 1 (participation in a criminal organization) and Article 209 Part 3 (dirty money laundering) of the Criminal Code.

As reported earlier, parliament stripped Bakulin of immunity to prosecution on 15 March on the request of Prosecutor-General Yuriy Lutsenko. According to Lutsenko, Bakulin was involved in the purchase of overpriced drilling rigs. According to prosecutors, he received a 25m-dollar kickback from Sonic Boom Finance Corp. allegedly controlled by his daughter Svitlana.

In the summer of 2017, Lutsenko said that Bakulin would be tried on the basis of the testimony given by Oleksandr Katsuba, his former deputy in the national oil and gas company Naftohaz Ukrayiny.