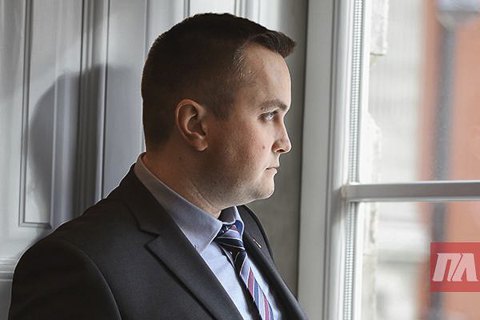 The Qualification and Disciplinary Commission of Public Prosecutors (QDCPP) has not yet received a complaint about the deputy prosecutor-general and head of the Special Anticorruption Prosecutor’s Office, Nazar Kholodnytskyy, QDCPP deputy head Viktor Shemchuk has told LB.ua.

“By the end of the working day on Friday (4.45 p.m.), the commission has not received this complaint,” he said.

He recalled that all complaints are distributed automatically among commission members.

Before a decision is taken, the QDCPP cannot disclose the name of the prosecutor mentioned in a complaint.

Prosecutor-General Yuriy Lutsenko earlier said that he had asked the QDCPP to consider Kholodnytskyy’s dismissal.

Kholodnytskyy told LB.ua that he was not going to resign on his own and was ready to face a check by the QDCPP.

The director of the National Anticorruption Bureau of Ukraine, Artem Sytnyk, said that based on the wiretapped recordings made by his office, Kholodnytskyy “leaked” information about pending searches to suspects, put pressure on subordinate prosecutors, forced courts to take unlawful decisions, and urged a witness to give false statements. Kholodnytskyy denies the allegations.