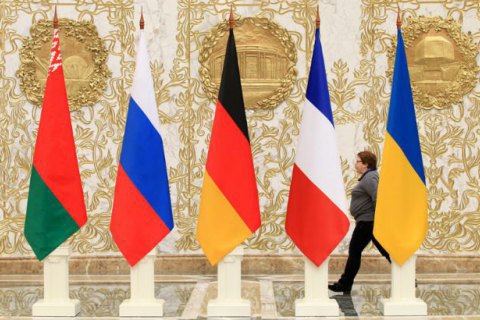 The leaders of the Normandy format (France, Germany, Russian and Ukraine) have issued a joint statement in which they called for greater effort to release the remaining hostages and illegally detained people according to the formula "all for all". “The leaders of the Normandy Four reaffirm their commitment to implement the Minsk agreements in all dimensions (security, political, humanitarian and socio-economic). They will consider possible ways to accelerate the implementation of the agreements in the coming months,” reads their statement published on Ukrainian President Petro Poroshenko’s website.

In this regard, they praised the agreement reached by the trilateral contact group on 26 March 2018 to renew the ceasefire regime on Easter holidays starting from 30 March 2018. The leaders emphasized the importance of its strict observance and ensuring effective monitoring and verification by the OSCE SMM.

“Against the backdrop of successful liberation of about 300 people on 27 December 2017, they called for greater effort to release the rest according to the formula "all for all".

Ukraine’s representative in the trilateral contact group on a Donbas settlement, Iryna Herashchenko, said that it the first time Russian President Vladimir Putin subscribed to any such public statement.

“Putin never made a public statement although the behaviour of militants and their ability to observe ceasefire depends on his order. This statement by the Normandy Four is in support of the Easter ceasefire which is set to begin on 30 March,” she said.

This will be the 13th attempt at establishing a ceasefire, she recalled. The previous ones were disrupted by pro-Russian militants.