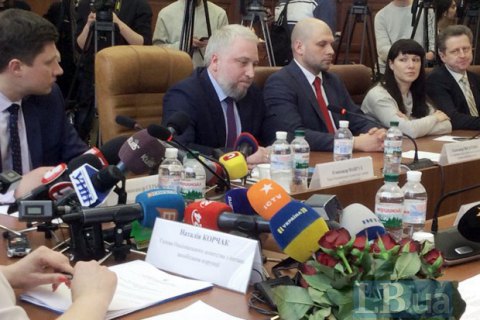 "I hope that under the new head, the NAPC will keep its institutional component which has been built over the years," said Korchak, whose term in office expired on 28 March.

Manhul's nomination was supported by four out of five agency members.

Manhul headed the Melitopol district state administration of Zaporizhzhya Region from 2015 to early 2018. Previously, he was a deputy director of the Lysychansk glass factory Proletariy.

Stanislav Patyuk was elected NAPC deputy head with the support of four out of five members.

Both Manhul and Patyuk were appointed NAPC members on 17 January.

Patyuk, a lawyer from Donetsk Region, is a partner in the Patyuk and Partners law firm.

The NAPC is a central executive body with a special status, which ensures the formation and implementation of state anticorruption policy.