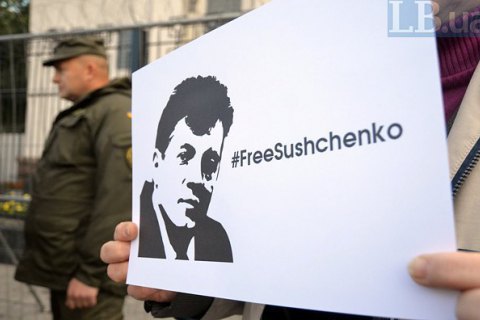 The Moscow City Court, which started a hearing on the case of Ukrinform correspondent Roman Sushchenko illegally arrested in Moscow, has announced a break until 23 April,

Ukrinform has quoted his lawyer Mark Feygin as saying on Facebook.

"A break has been announced in the trial of Roman Sushchenko until 23 April 2018. The defence will start to present evidence starting from 24 April," Feygin wrote.

As reported, Ukrinform's correspondent in France, Roman Sushchenko, was detained in violation of international rules on 30 September 2016 in Moscow, where he arrived on a private trip.

On 7 October, he was charged with "espionage." Russia's FSB claimed that Sushchenko is a member of the Main Intelligence Directorate of the Ukrainian Defence Ministry. The latter denied this allegation.

On 27 March 2018, the Moscow City Court extended the term of Sushchenko's detention in custody by six months until 16 September 2018. An appeal was filed against this decision.