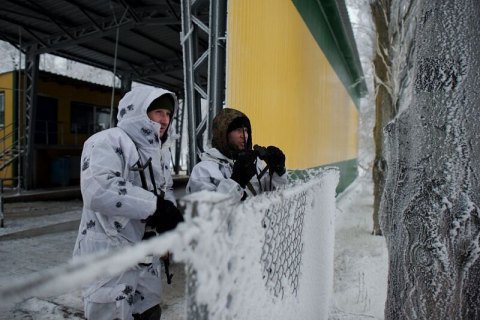 The Russian occupying troops have not observed the Easter ceasefire effective as of the midnight.One Ukrainian serviceman was killed and three wounded amid 16 attacks by pro-Russian militants by 6 p.m., according to the antiterrorist operation (ATO) HQ.

In the Donetsk sector, the militants used 82-mm mortars, grenade launchers and an antitank guided missile to target the Ukrainian army’s positions near Talakivka, grenade launchers near Opytne, Verkhnyotoretske and Bohdanivka, an air defence gun near Vodyane. They also used small arms against the ATO positions near Avdiyivka, Opytne, Novotroyitske, the Butivka mine and Pavlopil.

In the Luhansk sector, the ceasefire was observed in full.

On 29 March, the leaders of the Normandy Four states (France, Germany, Russia and Ukraine) supported the Easter ceasefire.