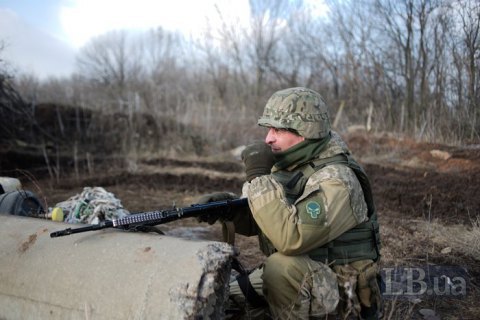 One Ukrainian serviceman was killed, one wounded and three injured in combat as a result of 32 attacks carried out by pro-Russian militants despite the declared Easter ceasefire on 30 March, the antiterrorist operation (ATO) centre said in its morning update on Facebook.