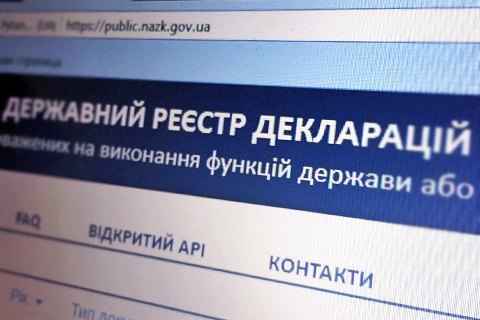 Parliament has failed to cancel the requirement for anticorruption NGO members to file electronic income statements.

Under bill No 6271, the law "On the prevention of corruption" would lose a clause requiring individuals who receive funds and property for the implementation of technical aid programmes on prevention and fight against corruption to file income statements.

Presidential bill No 6674 would replace e-declarations with an additional tax report for anticorruption activists.

Speaker Andriy Parubiy suggested that MPs should revisit bill No 8120, which extends the deadline for the submission of e-declarations by anticorruption activists, but parliament refused to discuss it.

Parliament adopted amendments to the law on e-declarations by requiring anticorruption NGO members to report their incomes on 23 March 2017. The West criticized the changes and said that they should be abrogated. Last week President Petro Poroshenko said that the introduction of this requirement was a mistake which needs to be corrected.