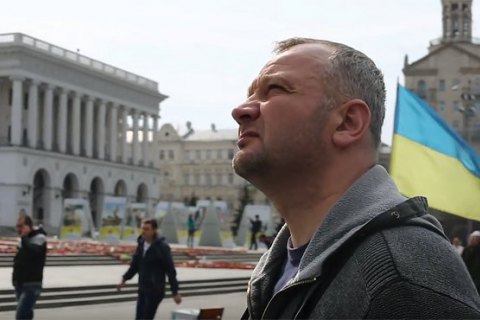 On 3 April, police detained Ivan Bubenchyk, an activist of the Euromaydan protests in 2013-2014, who said that he had killed two commanders of the Berkut riot police, journalist Tetyana Zarivna has said on Facebook.

He was declared a suspect pending a measure of restraint to be selected by court the same day.

The head of the special investigations department at the Prosecutor-General's Office, Serhiy Horbatyuk, told Hromadske Radio that Bubenchyk is suspected of killing law enforcers. He was delivered to Kyiv's Pecherskyy district court, which will choose a measure of restraint for him, because he repeatedly failed to respond to the summonses.

Bubenchyk said in an interview recorded two years ago that he had killed commanders of the Berkut police on 20 February 2014. Several days later the Security Service of Ukraine (SBU) and the Prosecutor-General's Office searched his house in Lviv.