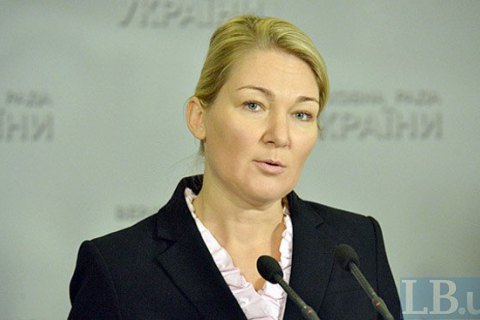 Ukraine should initiate an urgent meeting with the European Commission to say that the Nord Stream 2 gas pipeline project is unacceptable, the deputy head of the Ukrainian parliamentary committee for European integration, MP Mariya Ionova (Petro Poroshenko Bloc) has said, according to an LB.ua correspondent.

"Our committee is preparing a new resolution on parliament's address to the European community and parliaments on the inadmissibility of building Nord Stream 2. Our position must be legally written out in accordance with specific articles of the EU association agreement to maximize Ukraine's position to prevent the implementation of this project, which threatens not only the economy but also the security of the entire region," she said.

According to Ionova, Ukraine and the European Commission, according to Article 274 of the EU association agreement, must urgently hold joint talks and a meeting on the inadmissibility of the construction of Nord Stream 2. These positions should be taken into account and will be spelled out in a new parliament resolution.

Deputy Energy Minister Natalya Boyko said, for her part, that parliament can adopt a new address. The ministry is also taking respective efforts. The energy ministries of Ukraine and Lithuania are to issue a joint statement on the threat of Nord Stream 2 soon.