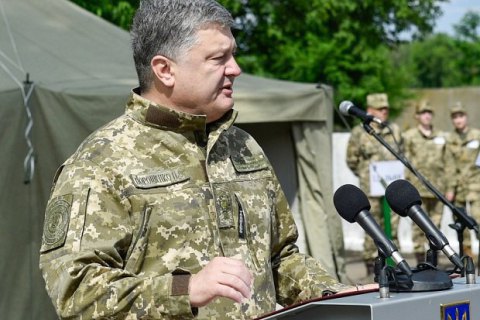 President Petro Poroshenko has officially announced that the antiterrorist operation (ATO) in Donbas will be completed in May. "The ATO will be completed in May because we are moving on to another format of defending the country in accordance with the adopted law on the reintegration of Donbas. We are introducing absolutely new, more effective steps with the involvement of the armed forces," he said.

Under the Donbas reintegration law, the ATO will be replaced by the Joint Forces Operation.

On 16 March 2018, Poroshenko put Lt-Gen Serhiy Nayev in charge of the Joint Forces.

The ATO was launched in April 2014. Soon after his election as president, Petro Poroshenko said that it would not last long. However, Russian military incursion foiled Ukraine's plans to regain control over southern Donbas.