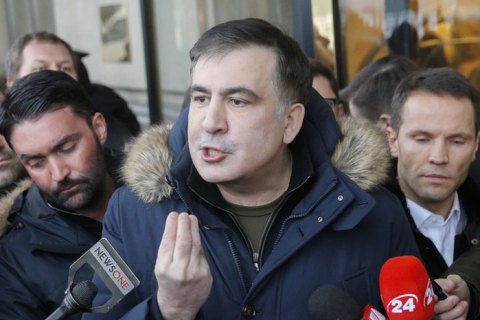 The administrative appeal court of the Supreme Court of Ukraine has not upheld an appeal filed by the lawyers of Georgia's former president and head of the Ukrainian Movement of New Forces, Mikheil Saakashvili. They challenged the lower courts' decision to reject the politician's appeal against the refusal of the Kyiv regional department of the State Migration Service to recognize him a person in need of additional protection after he had been stripped of Ukrainian citizenship.

Lawyer Ruslan Chornolutskyy told Interfax-Ukraine that the administrative appeal court issued its ruling on 28 March. Saakashvili intends to file an appeal with the European Court of Human Rights, he added.

Saakashvili's Ukrainian citizenship was terminated in the summer of 2017 because he provided false information in his application. After he was repeatedly denied asylum in Ukraine, he was detained and flown off to Poland. Currently, he is in the Netherlands.