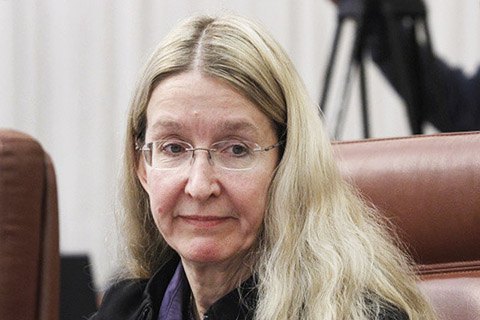 The parliamentary committee for healthcare has advised parliament to pass an address to the Cabinet of Ministers to dismiss acting Health Minister Ulyana Suprun.

The resolution finding her performance unsatisfactory and suggesting the government sack her was supported by 7 out of 12 committee members, an LB.ua correspondent reports.

Opposition Bloc MP Ihor Shurma, who sponsored the resolution, said that Suprun has no proper education and diploma and that she is violating the law by acting as a minister for over six months.

Committee head Olha Bohomolets told LB.ua: "Now a draft resolution may be referred to parliament at any moment. What is important is to have political will to dismiss Suprun."

Ulyana Suprun was appointed acting health minister on 1 August 2017, several days after he joined the Health Ministry as its deputy head.

Detroit-born Suprun moved to Ukraine in the autumn of 2013 and was an active member of medical service during the Euromaidan protests. Later she founded an NGO called Defence of Patriots which provided tactical medical courses and supplied Ukrainian troops with NATO-standard advanced medical kits.

She was granted Ukrainian citizenship in July 2015.

Under Suprun's lead, the Health Ministry launch health reform based on the principle "money follows a patient".