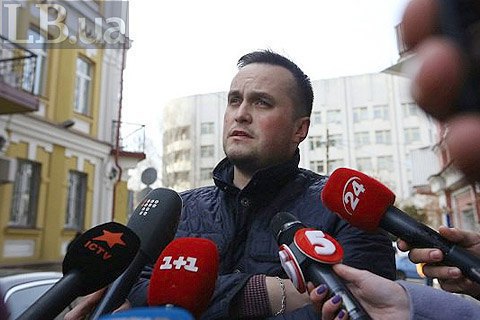 Special Anticorruption Prosecutor Nazar Kholodnytskyy has denied reports that his office was preparing a notice of suspicion for the head of the department for especially important business cases at the Prosecutor-General's Office (PGO), Volodymyr Hutsulyak.

"I'm not as mean as they are, I don't do such things. I will not take revenge using notices of suspicion," he told LB.ua.

Earlier, the Insider news website quoted sources in law enforcement as saying that Hutsulyak was about to be declared a suspect.

Hutsulyak's department investigated a criminal case in which Kholodnytskyy figured. On 3 April, the procedural administration of the case was transferred to the General Inspectorate of the PGO. This was done on Kholodnytskyy's request because "the department head in fact figures in three proceedings investigated by the Special Anticorruption Prosecutor's Office (SAPO) and the National Anticorruption Bureau of Ukraine (NABU)".

On 30 March, Prosecutor-General Yuriy Lutsenko and NABU director Artem Sytnyk filed a complaint against Kholodnytskyy with the Prosecutors Disciplinary Commission. They suggested that he should be dismissed.

The PGO and the NABU have been wiretapping Kholodnytskyy's office for about a month. According to Sytnyk, Kholodnytskyy put pressure on subordinates, court and witnesses in a number of high-profile cases. Kholodnytskyy denies the allegations and says the wiretapped recordings have nothing to implicate him.