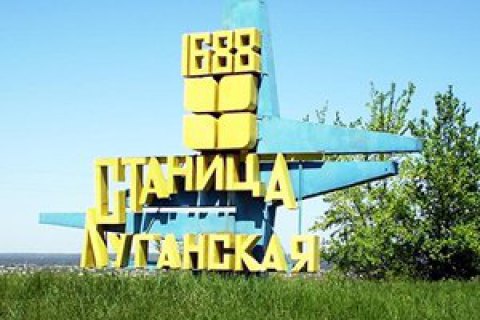 The Ukrainian team at the Joint Centre for Control and Coordination of Ceasefire (JCCCC) has said that the withdrawal of troops and forces near Stanytsya Luhanska in Donbas on the third day of the so-called Easter ceasefire was disrupted yet again, according to a Facebook update by the antiterrorist operation (ATO) HQ.

"The occupiers continue to ignore the demand for truce in the area near the population centre of Stanytsya Luhanska where troops and forces must be withdrawn. Despite the comprehensive 'Easter ceasefire' declared as of 30 March along the entire line of contact in eastern Ukraine, the Russian occupying troops once again used small arms here on the evening of 1 April," the report reads.

The fire was opened from the Prince Ihor hill, which is outside government control.

The Ukrainian team at the JCCCC said that the militants systematically open provocative fire in the area of Stanytsya Luhanska to disrupt the withdrawal of forces in the area, whereas the Ukrainian Armed Forces are prepared to pull back provided the terms of the framework agreement reached by the trilateral contact group are met in full.

Attempts to withdraw troops near Stanytsya Luhanska have been in vain since the autumn of 2016.