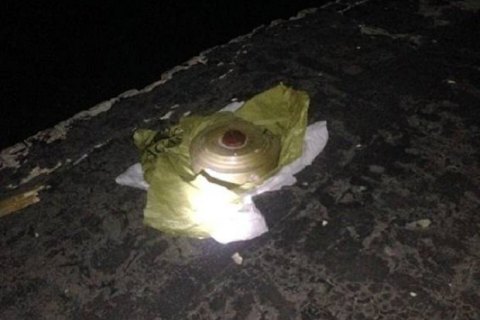 A family of four got killed when their car exploded near the village of Pishchane on the line of contact in Stanytsya Luhanska District, Luhansk Region.A local resident reported his neighhbours missing on 10 April. He said that the 57-year-old couple, their 38-year-old son and his partner went on a Chevrolet Nova in an unknown direction on 7 April and had not returned since then.

The local police said their damaged car was found near the Siverskyy Donetsk River.

"According to preliminary findings, the car was damaged after an unidentified explosive device (tentatively an antitank mine) went off after it was hit by the car. Four charred bodies were found near the car," police said.

They are treating the case as premeditated murder, which may later be changed to a terrorist act.