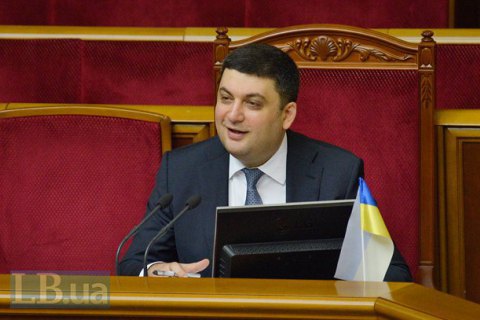 Ukrainian Prime Minister Volodymyr Groysman is confident that he will not get dismissed by parliament, he has said in an exclusive commentary to LB.ua.

"Look at me: how can I be afraid of sacking? Are there any reasons to sack me?" he said in response to a question about his possible dismissal following the cabinet's performance report.

Groysman recalled that the 2017 report, which MPs are scheduled to discuss next week, "has been lying in parliament since 16 February".

"What would you like? No dismissal? Then it is how it is going to be," he added.

On 18 April, the parliamentary committee for economic policy will hear the cabinet's report. It will then be put to vote in parliament.