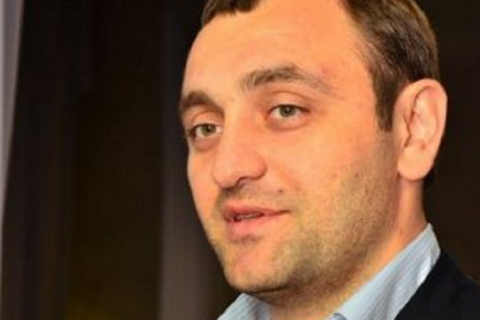 Well-known Ukrainian crime boss Armen Horlivskyy (Armen Sarkisyan) has been detained in France on an Interpol warrant, LB.ua has learnt from a source.

Details are not fully clear yet. However, it is known that police stopped him for a traffic offence. He had an Armenian passport on him.

The French authorities contacted the Prosecutor-General's Office of Ukraine and requested documents for his extradition, which may happen in mid-May.

Sarkisyan is a well-known person in the underworld, believed to be close to Ukrainian tycoon Yuriy Ivanyushchenko, an associate of ex-President Viktor Yushchenko. In 2009-2010, he allegedly became the "supervisor" of Horlivka. Media called this town the main supplier of hired heavies who assaulted Euromaydan protesters in 2013-2014.

Sarkisyan's hired heavies, also known in Ukraine as titushkas, were said to be involved in the killing of journalist Vyacheslav Veremiy and Horlivka opposition councillor Volodymyr Rybak in 2014. They were also active during pro-Russian rallies and the seizure of the town police office.

A criminal case against Sarkisyan was opened in 2014. Kyiv's Pecherskyy district court issued an arrest warrant for him and he was put on Interpol's wanted list.