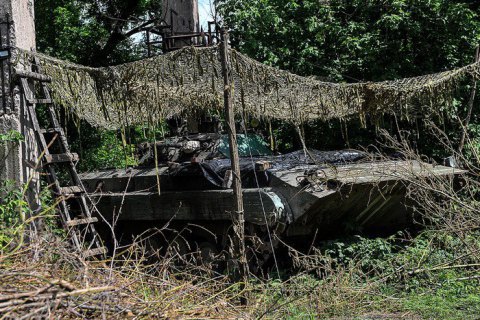 Four Ukrainian servicemen were wounded in combat on 29 May, according to the next morning update on Facebook by the Joint Forces Operation (JFO) HQ.

Overall, the HQ said the situation was under control and there was a drop in shooting intensity.

Engagements continued near Novotoshkivske, Zaytseve, Pivdenne, Avdiyivka, Maryinka, and near Shyrokyne on the Sea of Azov coast.

According to intelligence, three occupiers were killed and three wounded.