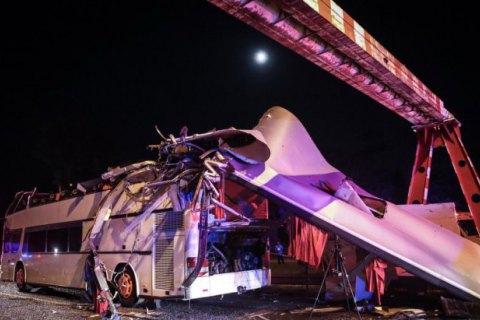 A group of Ukrainian tourists got injured after their double-decker bus hit a 3.5-m height bar on the way to Budapest Ferenc Liszt Airport on 28 May.

Almost the entire second deck, where around 20 passengers were seated, got torn away, according to the Mukacheve news portal.

According to the Budapest rescue service, there were around 50 passengers in the bus. It reported that 28 people were injured, in particular eight had grave injuries. No fatalities were reported.

The Ukrainian Foreign Ministry confirmed the incident and said consular help was being delivered.