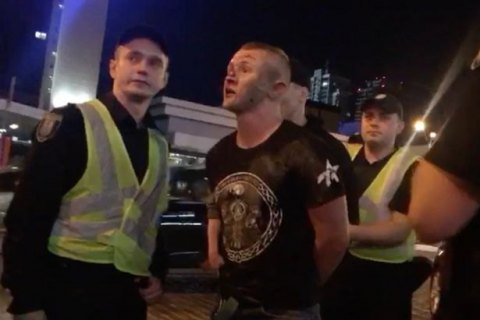 The British Mirror daily website has reported that a group of 20 hooligans wearing hoods and skull mask-emblazoned bandanas across their faces attacked Liverpool fans in the Rooster restaurant near the Olympic stadium later on 24 May. Two Liverpool were left with cuts and wounds to their heads and neck.

According to Mirror, Jason Frost, 50, was attacked just hours after arriving in Kyiv after travelling through Istanbul to watch Liverpool FC vs Real Madrid FC on Saturday.

“We were having dinner, completely minding our own business. I didn’t come here for this. I came to watch the football," he told Mirror.

Another Liverpool fan was held by police in handcuffs as he tried the flee the scene. He also said he was just dining.

Kyiv police chief Andriy Kryshchenko said that there were eight attackers, not 20.