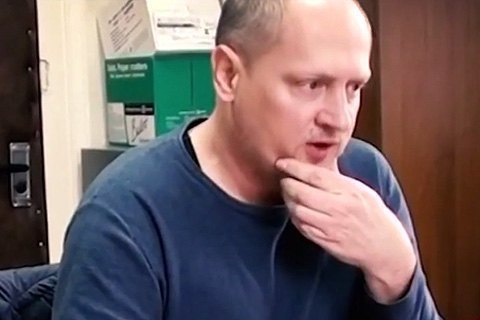 A Belarusian court has found Ukrainian journalist Pavlo Sharoyko guilty of espionage and sentenced her to eight years in prison.

"The article under which Sharoyko was convicted foresees seven to 15 [years in prison]. He was given eight. At present, he is in the KGB remand centre," Ukrainian ambassador Ihor Kizim told the Ukrainian News agency.

According to the Belorusskiye Novosti website, the Ukrainian consul visited Sharoyko these days. He did not have any complaints about his detention conditions.

His wife also visited the journalist. Her residence permit in Belarus expired and she went to Ukraine. She is planning to visit her husband in Belarus.

Sharoyko, a Ukrainian Radio correspondent accredited in Belarus, was detained on 25 October 2017 on suspicion of espionage. The news did not surface until three weeks later when the head of the National Public TV and Radio Company of Ukraine, Zurab Alasaniya, broke it on Facebook.

The Belarusian KGB said that Sharoyko was an officer of the Ukrainian military intelligence and worked in Belarus under cover, collecting military-political information through an agent network he created out of Belarusian nationals.

In March, Belarusian President Alyaksandr Lukashenka said that he was ready to hand Sharoyko over to Ukraine but "his entourage would not let him". There were reports that the Ukrainian journalist was going to be exchanged for Belarusian spy Yuryy Palityka detained in Ukraine.