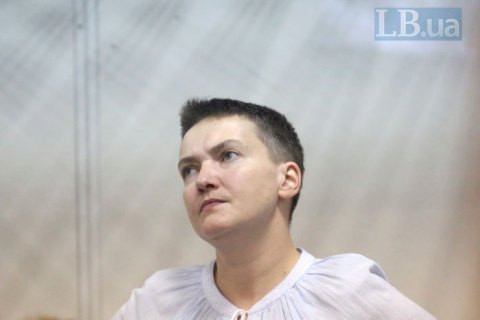 The Kyiv court of appeals has dismissed MP Nadiya Savchenko's appeal against her arrest. She is suspected of arms smuggling, plotting terrorist acts and a coup.

Over 50 people said they would like the court to release Savchenko on their surety. Among them are unaffiliated MP Vitaliy Kupriy, former Constitutional Court judge Viktor Shyshkin, Nadiya Savchenko's mother and sister.

Savchenko said she would continue her hunger strike.