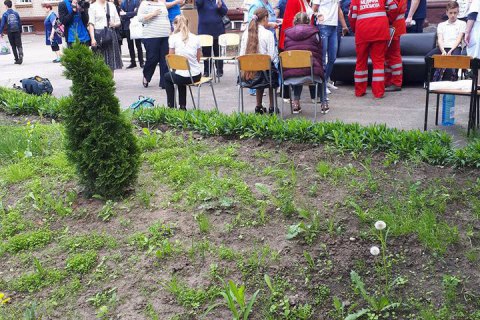 A school in Kharkiv had to be evacuated after someone used a gas spray there. According to the acting head of the healthcare department at the Kherson regional state administration, Halyna Siroshtan, 15 school children were hospitalized.

According to the local news website SQ, 30 children in school No 3 complained to medics about weakness and impeded breathing.

Later reports said that 37 pupils required medical help, 26 of them had to be admitted to hospital with poisoning.

Four ambulances are keeping watch near the school. Medics are holding preventive checks.

Police are treating the case as an act of hooliganism.

Several cases of mass poisoning with an unknown sprayed substance at schools have taken place over the recent weeks.

The most recent case took place in Mykolayiv.