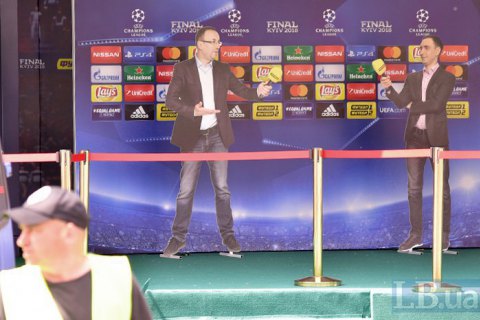 The Kyiv city state administration has secured the UEFA permission to remove Russian Gazprom's advertising from the Champions League venues in Kyiv, the city's official in charge of preparations for the finals, Andriy Miroshnychenko, has said on Facebook.

"Large-scale acts of resistance, acts of vandalism and graffiti shows are off. The UEFA agreed with the position of the Kyiv city state administration that it is impossible to use Gazprom's logos even for the purposes of informing the Champions League partners. Everything has been removed," he said.

New visuals are being installed to replace the removed banners.

Under an agreement between the UEFA and the Kyiv city state administration that the former has the right to place logos and visual materials of all sponsors and partners.