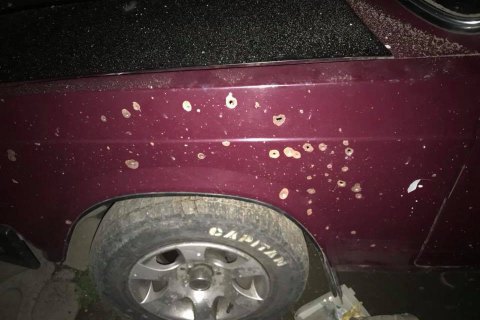 Nine people were injured by a grenade blast near a café in the village of Tarnovytsya in Ivano-Frankivsk Region, the National Police have said.

The incident took place at around 8 p.m. on 20 May as a result of the quarrel between a man from Donetsk Region and two café visitors.

"Being drunk and planning to kill them, he brought an F1 grenade along and threw it on the ground near the entrance to the Pavutyna café. As a result, nine people were injured. They were taken to a medical institution with shrapnel wounds. One of them underwent a surgery," the police said.

The perpetrator was detained. He is facing charges of attempted crime and premeditated murder.

Interior Minister Arsen Avakov tweeted that it was a sergeant of the Ukrainian Armed Forces who was on vacation.