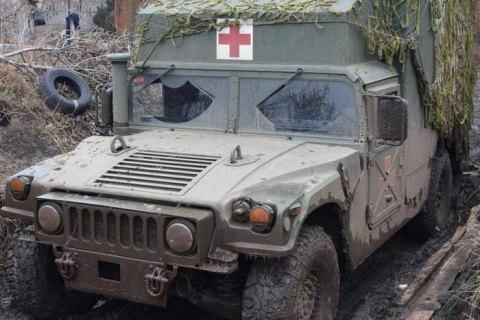 On the morning of 21 May, two servicemen of the 24th brigade named after King Danylo were killed and four wounded in an engagement near the village of Pivdenne (Chyhiri) recently recaptured by the Ukrainian Armed Forces.

The brigade reported on Facebook that at a sabotage group of Donetsk separatists, consisting of 10 people, was detected on the southern outskirts of the village at about 5 in the morning. The brigade sent its anti-sabotage reserve unit to intercept it. As a result of the engagement, the separatist group incurred "significant losses" and had to step back.

Four people who got shrapnel wounds were admitted to hospital.

The village of Pivdenne is located several kilometres away of Horlivka occupied by pro-Russian militants.

On 20 May and during the following night, the government Joint Operation Forces did not report any losses despite 55 attacks by pro-Russian militants.

On 19 May, three Ukrainian servicemen were wounded amid 58 ceasefire violations by the separatists.