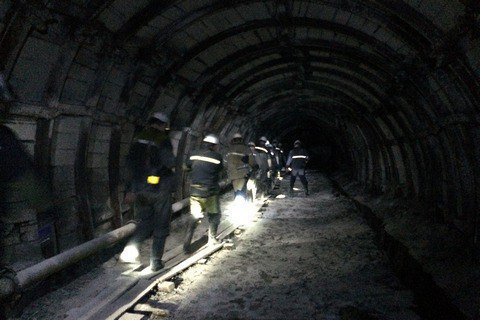 The prosecutor's office of Donetsk Region has qualified the flooding of the Yunyy Komunar radioactive mine located on a separatist-controlled territory as ecocide (Article 441 of the Criminal Code), regional prosecutor Olena Bondarenko has said on Facebook.

The Security Service of Ukraine (SBU) directorates in Donetsk and Luhansk regions are handling the pre-trial investigation.

"It has been established that in April 2018, representatives of the pseudo-republic DPR (Donetsk People's Republic) announced that they had decided to stop pumping water from the Yunkom mine in Yenakiyeve, which is located on a temporarily occupied territory in the village of Bunhe (former Yunokomunarsk). The Russian occupying administration understands that these actions may result in an ecological catastrophe, which would include in the radioactive and chemical pollution of soil and surface water and, as a result, of the ecological system of the Sea of Azov," the prosecutor said.

The Yunkom mine was launched in 1911 and was very gasified. To reduce tension in the mine and increase the output, a nuclear explosion worth 0.2-0.3 Kt in TNT equivalent was carried out 903 m underground on 16 September 1979. In 2002, the mine was closed as having no prospects. Water has been pumped out ever since.

In early 2018, the separatist DPR said they were planning to flood it. In April, it said all the pumps would have been removed by the end of the month.

Ecology Minister Ostap Semerak said that he was concerned about "very bad consequences" in case the radioactive mine is flooded and urged the international community to intervene.