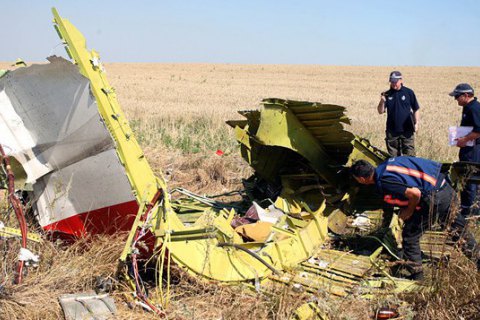 Dutch prosecutors identified a Russian military unit on Thursday as the source of the missile that shot down Malaysia Airlines Flight 17 over eastern Ukraine in 2014, killing all 296 people on board, Reuters has said.

“The Buk that was used came from the Russian army, the 53rd brigade,” Chief Dutch Prosecutor Fred Westerbeke told Reuters. “We know that was used, but the people in charge of this Buk, we don’t know.”

Prosecutors showed photos and videos of a truck convoy carrying the system as it crossed the border from Russia to Ukraine. It crossed back several days later with one missile missing. The vehicles had serial numbers and other markings that were unique to the 53rd brigade, an anti-aircraft unit based in the western Russian city of Kursk, they said.

In the interim update on their investigation, prosecutors said they had trimmed their list of possible suspects from more than a hundred to several dozen.

Westerbeke said investigators were not yet ready to identify individual suspects publicly or to issue indictments, but that when they do he expects cooperation, or a firm international political response.

The first deputy prosecutor-general of Ukraine, Dmytro Storozhuk, also said that the joint investigation team managed to establish that the Buk which was used to down the plane was not only made in Russia but was in active use by the Russian Armed Forces.

"A significant event in this investigation happened today as the joint investigation team officially stated that the Buk, which was used to down the Malaysia Airlines passenger jet on 17 July 2014, was not just produced in Russia, as it was stated earlier. At the moment of the shot, which caused the death of 298 people, this self-propelled missile system was in service with the Russian Armed Forces. Namely, it belonged to the 53rd Kursk air defence missile brigade. That is, the separatists did not buy this weapon in a military goods store, neither it was bought and delivered to the shooting site un any other mythical way. The chief Dutch prosecutor made it clear that the shot at the Malaysia Airlines passenger plane was made from a Russian weapon that was delivered to the territory of Ukraine. This is not just a statement, there is evidence collected in accordance with all the necessary procedural requirements that will be sent to court," Storozhuk said.

According to Storozhuk, the "investigation concluded that it cannot rely on the information provided by the Russian authorities on the matter".

The airliner flying from Amsterdam to Kuala Lumpur was hit by a Russian-made “Buk” anti-aircraft missile on 17 July 2014 over territory held by pro-Russian separatists. There were no survivors. Two thirds of those killed were Dutch.