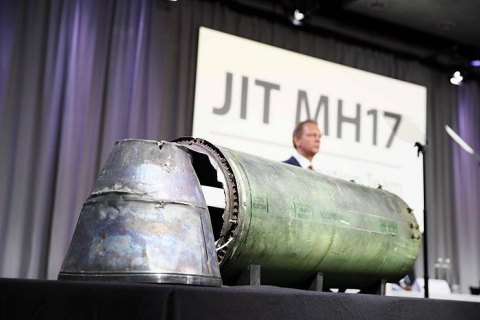 The Netherlands and Australia hold Russia responsible for its part in the downing of flight MH17, the Dutch government has said on its website.

The government took a decision on this matter, on the proposal of the Minister of Foreign Affairs, Stef Blok, a day after the Joint Investigation Team published its conclusions that a Buk missile system from the Russian 53rd brigade based in Kursk downed the Malaysia Airlines Flight 17 on 17 July 2014 above the Ukrainian territory controlled by separatists.

"The downing of flight MH17 caused unimaginable suffering," said Dutch Foreign Minister Stef Blok. "The government has always said that the truth surrounding the MH17 disaster had to be brought to light and that justice must be achieved for the victims and their next of kin. The Netherlands has the support of the international community in this respect. On the basis of the JIT’s conclusions, the Netherlands and Australia are now convinced that Russia is responsible for the deployment of the Buk installation that was used to down MH17. The government is now taking the next step by formally holding Russia accountable."

According to the Dutch government website, state responsibility comes into play when states fail to uphold the provisions of international law. A state can then be held responsible for breaching one or more of those provisions. This is the legal avenue that the Netherlands and Australia have now chosen to pursue. Both countries hold Russia responsible for its part in the downing of flight MH17.

Holding a state responsible is a complex legal process, and there are several ways to do this. The Netherlands and Australia today asked Russia to enter into talks aimed at finding a solution that would do justice to the tremendous suffering and damage caused by the downing of MH17. A possible next step is to present the case to an international court or organisation for their judgment.

Holding Russia accountable for its part in the downing of flight MH17 on the basis of international law is a course of action that is separate from the criminal investigation and any prosecution and trial of the perpetrators of the downing of flight MH17. The investigation by the JIT continues, and it is up to the Public Prosecution Service to decide if and when individuals will be identified as suspects and indicted.

"We call on Russia to accept its responsibility and cooperate fully with the process to establish the truth and achieve justice for the victims of flight MH17 and their next of kin," said the minister.